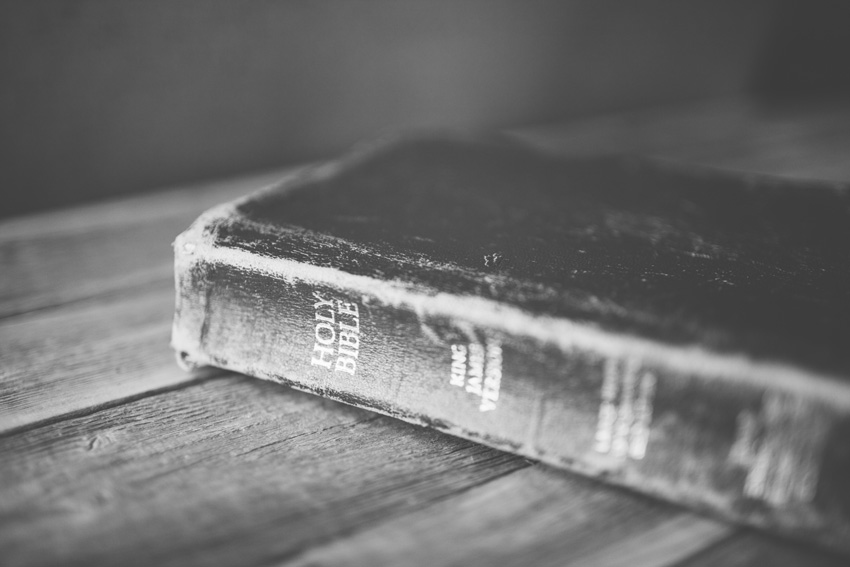 The Following Is A Summary Of Our Statement Of Faith

The Word of God

We believe the scriptures of the Old and New Testaments are the very Word of God, fully inspired absolutely inerrant in the original manuscripts, and the only all sufficient, infallible rule of faith and practice. We teach the literal, grammatical-historical interpretation of scripture, which affirms the belief that the opening chapters of Genesis present creation in six literal days. We believe that the Word of God supersedes any earthly law that is contrary to the Holy Scriptures. We believe that literal word for word translations of the Bible such as the New King James Version, the New American Standard Version and the English Standard Version are the most accurate translations from the original ancient texts. It is from these translations that we establish our doctrine and Statement of Faith.

We believe there is but one living and true God, an infinite, all-knowing Spirit, perfect in all His attributes, one in essence, eternally existing in three persons; Father, Son, and Holy Spirit, each equal in power and glory, each equally deserving worship and obedience; and that they execute distinct but harmonious offices in the work of creation, providence, and redemption; this triune God created all, upholds all, and governs all.

We believe in God the Father, the first Person of the Trinity who orders and disposes all things according to His own purpose and grace. He is the creator of all things. As the only absolute and omnipotent ruler in the universe, He is sovereign in creation, providence, and redemption. He has decreed for His own glory all things that come to pass. He continually upholds, directs, and governs all creatures and events. This He does so as in no way to be the author or approver of sin nor to remove the accountability of morally intelligent creatures. He saves from sin all those who come to Him; and He becomes, upon adoption, Father to His own.

We believe in Jesus Christ, the second Person of the Trinity. That He possesses all the divine excellencies, and in these He is coequal, consubstantial, and coeternal with the Father. We believe that He is the only begotten Son, conceived by the Holy Spirit, born of a virgin, that He was God incarnate, fully God and fully man. We believe in His perfect sinless life, His miracles and teachings, His substitutionary atoning death upon the cross, His literal, physical resurrection, and ascension into heaven, perpetual intercession for His people and His personal return in power and glory.

The Gifts of the Holy Spirit

We believe the spiritual gifts of the Holy Spirit mentioned in the Scriptures are valid for today. We believe that God the Holy Spirit is sovereign in the bestowing of His gifts, and that any gift given by the Holy Spirit must be exercised according to Scriptural guidelines. The Holy Spirit glorifies neither Himself nor His gifts by ostentatious displays, but He does glorify Christ by implementing His work of redeeming the lost and building up believers in the most holy faith. Furthermore, we believe that experience does not establish spiritual truth. Scripture alone establishes what is true. Therefore, we reject all doctrinal viewpoints or spiritual phenomena, which are based solely on experience. The Word of God alone is the basis of all our faith and practice.

We believe that the Scripture teaches that man was created by a direct act of God and not from any previously existing form of life. That God created man in His image and likeness, free of sin with a rational nature, intelligence, volition, self-determination, and moral responsibility to God. That in Adam’s sin of disobedience to the revealed will and Word of God, man lost his state of innocence, incurred the penalty of spiritual and physical death, became subject to the wrath of God, and became inherently corrupt and utterly incapable of making himself acceptable to God apart from God’s grace. Because all men were in Adam, a nature corrupted by Adam’s sin has been transmitted to all men of all ages, Jesus Christ being the only exception. All men are therefore sinners by nature, by choice, and by divine declaration and under just condemnation to eternal punishment and everlasting existence separated from God without defense or excuse.

We believe that salvation is wholly of God by grace on the basis of the redemption of Jesus Christ, the merit of His shed blood, and not on the basis of human merit or works. Salvation then is a gift of God, brought to the world by grace and freely offered to all, but is only received by the repentant sinner through personal faith in the Lord Jesus Christ. We believe that those who repent and forsake sin and trust Jesus Christ as Lord and Savior are regenerated by the Holy Spirit and become new creatures, delivered from condemnation and receive eternal life, are sealed by the Holy Spirit, baptized into the body of Christ, and will bring forth fruit to God’s glory, the nature and amount of which will vary from believer to believer as each matures in Christ.

We believe that separation from sin is clearly called for throughout the Old and New Testaments, and that the Scriptures clearly indicate that in the last days apostasy and worldliness shall increase. We believe that out of deep gratitude for the undeserved grace of God granted to us and because our glorious God is so worthy of our total consecration, all the saved should live in such a manner as to demonstrate our adoring love to God and so as not to bring reproach upon our Lord and Savior. We also believe that separation from any association with religious apostasy, and worldly and sinful practices is commanded of us by God.

We believe that all who place their faith in Jesus Christ are immediately placed by the Holy Spirit into one united spiritual body, the universal church, of which Christ is the head. The church is thus a unique spiritual organism designed by Christ, made up of all born-again believers in this present age. This universal body of believers also has a visible and local manifestation – the local church. We believe that the establishment and continuity of local churches is clearly taught and defined in the New Testament Scriptures and that God directs every member of this one spiritual body to associate themselves together in local assemblies of believers.

We believe in the autonomy of the local church, free form any external authority or control, with the right of self-government and freedom from the interference of any hierarchy of individuals or organizations. We believe that it is scriptural for true churches to cooperate with each other for the presentation and propagation of the faith. The leadership of each local church however, through its interpretation of scripture, should be the sole judge of the measure and method of its cooperation.

We believe that the purpose of the church is to glorify God by building itself up in the faith, by instruction of the Word, by fellowship, by keeping the ordinances and by advancing and communicating the gospel to the entire world.

The Ordinances of the Church

We believe the Lord Jesus Christ committed two ordinances to the local Church: Baptism, and the Lord’s Supper. Christian baptism by immersion is the beautiful testimony of a believer showing forth his faith in the crucified, buried, and risen Savior, and his union with Him in death to sin and resurrection to a new life. It is also a sign of fellowship and identification with the visible Body of Christ.
The Lord’s Supper is the commemoration and proclamation of His death until He comes, and should always be preceded by solemn self-examination. We also believe that the elements of Communion are only symbolic of the flesh and blood of Christ. However, participation in the Lord’s Supper is nevertheless an actual communion with the risen Christ, who indwells every believer, and so is present, fellowshipping with His people.

We believe in the Pre-tribulation Rapture of the church, the personal, pre-millennial, visible return of Christ to the Earth, the establishment of His Millennial Kingdom, the Resurrection of the Body, the Final Judgment, and the eternal blessing and enjoyment of the believer in God’s presence and the eternal conscious punishment of the unbeliever in the lake of fire.

We believe that the church is distinct from Israel, a mystery not revealed until this age. That the nation of Israel has a special place in God’s plan and that all the promises of God to Israel will be fulfilled.

We believe that God created mankind and that He created them male and female. As such He created them different so as to complement and complete each other. God at creation also instituted monogamous marriage and ordained it to be between one male and one female as the foundation of the family and the basic structure of human society. For this reason homosexuality, and all other “sexual preferences” or “orientations” are unnatural, sinful, and unacceptable to God. Therefore we believe that marriage is exclusively the legal union of one genetic male and one genetic female and evidenced by the marriage ceremony. A civil government’s sanction of a union will be recognized as a legitimate marriage by the church only to the extent that it is consistent with the definition of “marriage” found in these Articles. Accordingly, this ministry, or any of its ministers, will not perform any marriage ceremony between two individuals of the same sex. It will not condone or recognize such same-sex marriages, civil unions, or domestic partnerships even if the state passes laws that provide for recognition of such unions.

GET ALL OF OUR LATEST POSTS

Our supreme desire is to know and love Christ and be conformed to His image; and to love and serve one another as a manifestation of His love in our lives. In every area of ministry our goal is to see our Lord Jesus exalted for His glory and our joy. Come join us, and see for yourself.