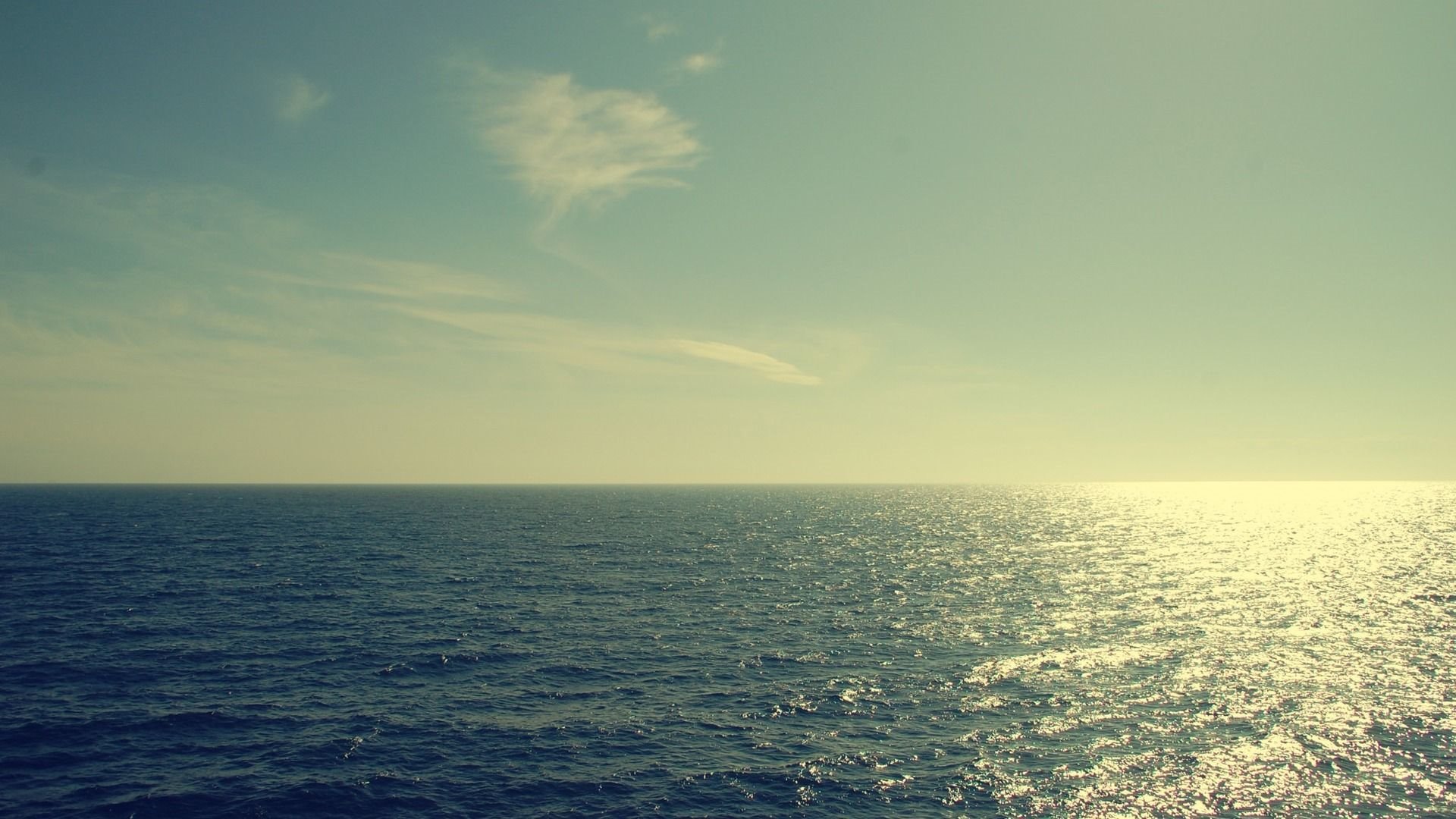 Only One Way To Heaven

“Who do you think that I am?” With that brief question Jesus Christ confronted His followers with the most important issue they would ever face. He had spent much time with them and made some bold claims about His identity and authority. Now the time had come for them either to believe or deny His teachings.

Who do you say Jesus is? Your response to Him will determine not only your values and lifestyle, but your eternal destiny as well. Consider what the Bible says about Him.

While Jesus was on earth there was much confusion about who He was. Some thought He was a wise man or a great prophet. Others thought He was a madman. Still others couldn’t decide or didn’t care. But Jesus said, “I and the Father are one” (John 10:30). That means He claimed to be nothing less than God in human flesh.

Many people today don’t understand that Jesus claimed to be God. They’re content to think of Him as little more than a great moral teacher. But even His enemies understood His claims to deity. That’s why they tried to stone Him to death (John 5:18; 10:33) and eventually had Him crucified (John 19:7)

C.S. Lewis observed, “You can shut Him up for a fool, you can spit at Him and kill Him as a demon; or you can fall at His feet and call Him Lord and God. But let us not come up with any patronizing nonsense about His being a great human teacher. He has not left that open to us. He did not intend to” (Mere Christianity [Macmillan, 1952], pp. 40-41).

If the biblical claims of Jesus are true, He is God!

God is absolutely and perfectly holy (Isaiah 6:3), therefore He cannot commit or approve of evil (James 1:13).

As God, Jesus embodied every element of God’s character. Colossians 2:9 says, “In Him all the fulness of Deity dwells in bodily form.” He was perfectly holy (Hebrews 4:15). Even His enemies couldn’t prove any accusation against Him (John 8:46).

God requires holiness of us as well. First Peter 1:16 says, “You shall be holy, for I am holy.”

JESUS IS THE SAVIOR

Our failure to obey God–to be holy–places us in danger of eternal punishment (2 Thessalonians 1:9). The truth is, we cannot obey Him because we have neither the desire nor the ability to do so. We are by nature rebellious toward God (Ephesians 2:1-3). The Bible calls our rebellion “sin.” According to Scripture, everyone is guilty of sin: “There is no man who does not sin” (1 Kings 8:46). “All have sinned and fall short of the glory of God” (Romans 3:23). And we are incapable of changing our sinful condition. Jeremiah 13:23 says, “Can the Ethiopian change his skin or the leopard its spots? Neither can you do good who are accustomed to doing evil.”

That doesn’t mean we’re incapable of performing acts of human kindness. We might even be involved in various religious or humanitarian activities. But we’re utterly incapable of understanding, loving, or pleasing God on our own. The Bible says, “There is none righteous, not even one; there is none who understands, there is none who seeks for God; all have turned aside, together they have become useless; there is none who does good, there is not even one” (Romans 3:10-12). God’s holiness and justice demand that all sin be punished by death: “The soul who sins will die” (Ezekiel 18:4). That’s hard for us to understand because we tend to evaluate sin on a relative scale, assuming some sins are less serious than others. However, the Bible teaches that all acts of sin are the result of sinful thinking and evil desires. That’s why simply changing our patterns of behavior can’t solve our sin problem or eliminate its consequences. We need to be changed inwardly so our thinking and desires are holy.

Jesus is the only one who can forgive and transform us, thereby delivering us from the power and penalty of sin: “There is salvation in no one else; for there is no other name under heaven that has been given among men, by which we must be saved” (Acts 4:12).

Even though God’s justice demands death for sin, His love has provided a Savior, who paid the penalty and died for sinners: “Christ … died for sins once for all, the just for the unjust, in order that He might bring us to God” (1 Peter 3:18). Christ’s death satisfied the demands of God’s justice, thereby enabling Him to forgive and save those who place their faith in Him (Romans 3:26). John 3:16 says, “God so loved the world, that He gave His only begotten Son, that whoever believes in Him should not perish, but have eternal life.”He alone is “our great God and Savior” (Titus 2:13).

JESUS IS THE ONLY ACCEPTABLE OBJECT OF SAVING FAITH

Some people think it doesn’t matter what you believe as long as you’re sincere. But without a valid object your faith is useless.

If you take poison–thinking it’s medicine–all the faith in the world won’t restore your life. Similarly, if Jesus is the only source of salvation, and you’re trusting in anyone or anything else for your salvation, your faith is useless.

Many people assume there are many paths to God and that each religion represents an aspect of truth. But Jesus said, “I am the way, and the truth, and the life; no one comes to the Father, but through Me” (John 14:6). He didn’t claim to be one of many equally legitimate paths to God, or the way to God for His day only. He claimed to be the only way to God–then and forever.

Contemporary thinking says man is the product of evolution. But the Bible says we were created by a personal God to love, serve, and enjoy endless fellowship with Him.

The New Testament reveals it was Jesus Himself who created everything (John 1:3; Colossians 1:16). Therefore He also owns and rules everything (Psalm 103:19). That means He has authority over our lives and we owe Him absolute allegiance, obedience, and worship.

Romans 10:9 says, “If you confess with your mouth Jesus as Lord, and believe in your heart that God raised Him from the dead, you shall be saved.” Confessing Jesus as Lord means humbly submitting to His authority (Philippians 2:10-11). Believing that God has raised Him from the dead involves trusting in the historical fact of His resurrection–the pinnacle of Christian faith and the way the Father affirmed the deity and authority of the Son (Romans 1:4; Acts 17:30-31).

True faith is always accompanied by repentance from sin. Repentance is more than simply being sorry for sin. It is agreeing with God that you are sinful, confessing your sins to Him, and making a conscious choice to turn from sin and pursue holiness (Isaiah 55:7). Jesus said, “If you love Me, you will keep My commandments” (John 14:15); and”If you abide in My word, then you are truly disciples of Mine” (John 8:31).

It isn’t enough to believe certain facts about Christ. Even Satan and his demons believe in the true God (James 2:19), but they don’t love and obey Him. Their faith is not genuine. True saving faith always responds in obedience (Ephesians 2:10).

Jesus is the sovereign Lord. When you obey Him you are acknowledging His lordship and submitting to His authority. That doesn’t mean your obedience will always be perfect, but that is your goal. There is no area of your life that you withhold from Him.

JESUS IS THE JUDGE

All who reject Jesus as their Lord and Savior will one day face Him as their Judge: “God is now declaring to men that all people everywhere should repent, because He has fixed a day in which He will judge the world in righteousness through a Man whom He has appointed, having furnished proof to all men by raising Him from the dead” (Acts 17:30-31).

Second Thessalonians 1:7-9 says, “The Lord Jesus shall be revealed from heaven with His mighty angels in flaming fire, dealing out retribution to those who do not know God and to those who do not obey the gospel of our Lord Jesus. And these will pay the penalty of eternal destruction, away from the presence of the Lord and from the glory of His power.”

HOW WILL YOU RESPOND?

Who does the Bible say Jesus is? The living God, the Holy One, the Savior, the only valid object of saving faith, the sovereign Lord, and the righteous Judge.

Who do you say Jesus is? That is the inescapable question. He alone can redeem you–free you from the power and penalty of sin. He alone can transform you, restore you to fellowship with God, and give your life eternal purpose. Will you repent and believe in Jesus Christ as your Lord and Savior?

If you have questions about how you can become a Christian, or want help in knowing how to live the Christian life, please write to: Calvary Chapel Redding, P.O. Box 837, Palo Cedro, California 96073

GET ALL OF OUR LATEST POSTS

Our supreme desire is to know and love Christ and be conformed to His image; and to love and serve one another as a manifestation of His love in our lives. In every area of ministry our goal is to see our Lord Jesus exalted for His glory and our joy. Come join us, and see for yourself.